The intriguing thought of ordering groceries from any of your favorite stores with just a click catches almost everyone’s eye. This intriguing thought is what has kept Instacart going strong for nearly a decade. The online grocery leader is a simple app that started with Apoorva Metha and Max Mullen in the year 2012. The mere idea behind the app was to allow customers to buy groceries from multiple stores without the hassle of going to each store individually.

What Is Instacart Anyway

Imagine having to go to a grocery store, searching for everything you need for more than thirty minutes only to realize that some of the items are not available in the store. The next alternative is to go to another store that is minutes away and waste more time there.

Your time is precious, and Instacart understands that. This on-demand grocery app is designed to make sure you can shop from all of your favorite stores at one single place. The cherry on top is that you won’t even have to step a foot out of your house or even move from the couch. This is the power of an on-demand app. The app has tied up with major supermarkets and pharmacies in the USA and it allows you to create a virtual shopping cart. Once you have selected all the items you want, an order is placed which is then fulfilled by a personal shopper. The best part is that your order will reach you in under 2 hours.

You can reach out to Oyelabs for on-demand grocery delivery app development.

Instacart believes that any experience can be improved with the help of technology, and it has done exactly that since its inception in the year 2012. The company has simplified the grocery shopping experience, it has even made it enjoyable and efficient. 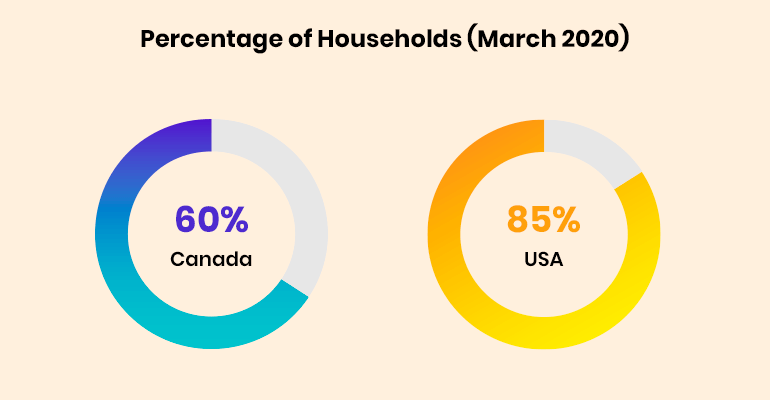 The company has its headquarters in San Francisco, California. It has its presence in Canada and USA areas including the San Francisco Bay Area, Brooklyn, San Jose, Washington DC, NYC, Los Angeles, Austin, Seattle, Chicago, Philadelphia, and Boston. Because of its exponential growth and popularity, the company successfully gained $2.3 Million Seed Investment in October 2012. As of November 2018, the company valuation was at $7.87 billion. Additionally, a report by Statistica claims that around 85% of USA households and 60% of Canadians use the Instacart app to buy their groceries. This is enough to show the popularity that the app has.

Some facts about Instacart

To fully comprehend how the company actually works we will need to understand the value the company offers, features of the app, its business model, and revenue model.

How The Company Works

Instacart has implemented all of the plus points of an on-demand setup and implemented it into their company. They operate in multiple major areas in the USA and cover more than 25,000 grocery stores. Users of the app are able to buy more than 300,000 items from these supermarkets, specialty shops, and pharmacies. The stores they cover include- Safeway, Costco, CVS, ALDI, Publix, Kroger, Whole Foods, Albertsons, Sam’s Club, Sprouts, Wegmans and many more. 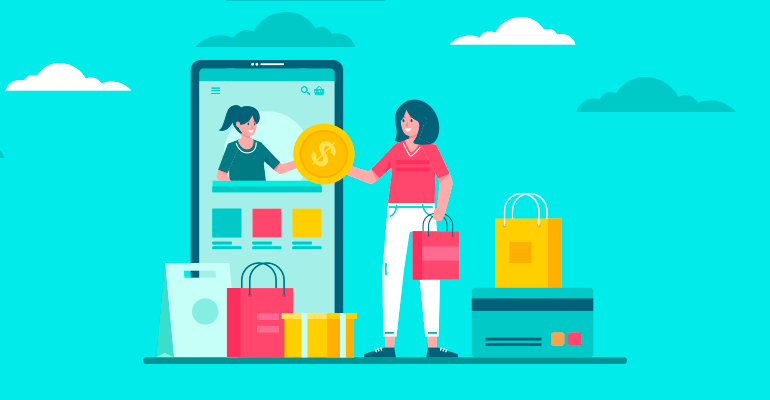 The entire business concept lies in the hands of 3 contributors:

These elements and the mediator i.e. the app combine to make the company what it is. Without this complete ecosystem, the app can’t successfully function. One relief for a company like Instacart is that it does not own any grocery store, nor do they permanently employ shoppers, their main business is surrounded by the platform they offer.

The users use the platform to buy groceries at their convenience and shoppers get a source of income as well as the flexibility to work whenever they want. As far as stores are concerned, they get an added user base and a way to reach more customers than their physical stores ever can.

READY TO LAUNCH YOUR APP?

Founder/CEO Oyelabs, he has helped 20+ founders in developing and making technology startup successful. FYI he loves home cooked food and curious about everything.

Have an idea for a mobile app?

Get ready to digitally transform your business.

Oyelabs aim to solve complex business and social problems using technology and want to enable individuals of the country to do the same.
[email protected]
(+91) 70425 81278